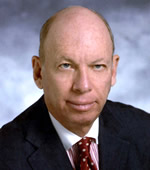 Mr. Wien received his A.B. with honors from Harvard College and his M.B.A. with distinction from Harvard Business School. He is a Supervisory Director of George Soros' Quantum Endowment Fund and a member of the Investment Committees of Lincoln Center, The Pritzker Foundation, and the John D. and Catherine T. MacArthur Foundation. He is a trustee of the New York Historical Society. Mr. Wien is a Board Member of The Manhattan Institute and Phoenix House Foundation. He is a past President and Chairman of the Harvard Business School Club of Greater New York.

In 1995, Mr. Wien co-authored a book with George Soros on the legendary investor's life and philosophy, Soros on Soros--Staying Ahead of the Curve. In 1998 he was named by First Call the most widely read analyst on Wall Street and in 2000 was ranked the No. 1 strategist by SmartMoney.com based on his market calls during the year. Mr. Wien was named to the 2004 Smart Money Power 30 list of Wall Street's most influential investors, thinkers, enforcers, policy makers, players and market movers. He appeared in the Thinker category.

In 2006, Mr. Wien was named by New York Magazine as one of the sixteen most influential people in Wall Street, along with Henry Paulson then of Goldman Sachs, Steve Schwarzman of Blackstone, and Robert Rubin of Citigroup.