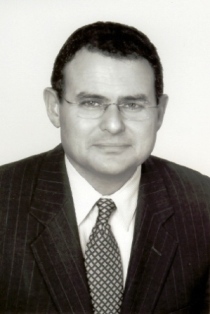 
Michael F. Silva is chief of staff and senior vice president for the Executive Group at the Federal Reserve Bank of New York.

Mr. Silva joined the bank in August 1992 as a law clerk in the Legal Group. He held positions with increasing responsibilities in the legal group and in September 1995 was appointed an officer of the bank with the title of counsel. In December 1998, Mr. Silva was promoted to assistant vice president and became the lead counsel for the Bank’s international account relationships and currency distribution. He was promoted to vice president in December 1999 with those same responsibilities and to senior vice president in June 2006, at which time he moved from the Legal Group to the Executive Group and became chief of staff. As a collateral duty, he served as assistant secretary of the bank from December 1995 to December 1999.

Mr. Silva holds a B.S. degree from the United States Naval Academy and a J.D. from Columbia Law School. He is a member of the New York and New Jersey State Bars.


In 2004, Mr. Silva received the Department of Defense Joint Civilian Service Medal and the Secretary of the Treasury’s Honor Award, both for his service in Iraq as a coalition advisor to the Central Bank of Iraq. Mr. Silva is also the author of “A Central Banker in Iraq”, Journal of International Business & Law, Spring 2004.

Prior to attending law school and joining the bank, Mr. Silva served as an officer in the United States Navy from May 1983 to September 1989. During that period, he was assigned to Fighter Squadron 142 as an F-14A Tomcat Radar Intercept Officer and also to the On-Site Inspection Agency, a joint military and civilian agency in Washington DC responsible for conducting the first ever arms control verification inspections in the former Soviet Union. Mr. Silva is a 1986 graduate of the Navy Fighter Weapons School (a.k.a “Topgun”).

Mr. Silva resides on the Jersey shore with his wife and two daughters.

HOW:
It is a roundtable Q & A discussion with Michael Silva. Michael Silva is the Chief of Staff to the President of the Federal Reserve. He is an attorney, and was present during all meetings during the crisis. Learn what the Fed did during the crisis, why they did it, how they will undo it and how regulatory reform might best evolve.

Cancellations must be made 48-hours prior to the event by calling 212-463-5559 or by sending an email to sshaw@whartonny.com

Registration closes at 12 Noon on April 13th  No exceptions!