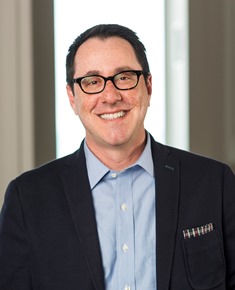 Brian Portnoy, Managing Director for Alternatives at Chicago Equity Partners
Brian Portnoy has worked in the hedge fund and mutual fund industries for the past fifteen years. He is currently the Head of Alternative Investments and Strategic Initiatives for Chicago Equity Partners, a $10 billion asset manager. Brian formerly held senior research roles at Mesirow Advanced Strategies and Morningstar, where he conducted due diligence on thousands of funds ranging the full spectrum of alternative and traditional strategies.

In early 2014, Brian published his first book, The Investor’s Paradox: The Power of Simplicity in a World of Overwhelming Choice. Through the lens of behavioral psychology and choice theory, the book explores the unique challenges of manager selection. Brian recently lectured on the history of hedge funds and liquid alternatives at the U.S. Securities and Exchange Commission as part of their Leading Authors series. Brian is a regular contributor to Forbes.com on topics related to investing, behavioral finance, and decision making.

Prior to his investing career, Brian pursued his research and teaching interests in political economy at the University of Chicago, where he earned his Ph.D. Brian is a CFA Charterholder and a member of the Economic Club of Chicago. He lives on the north side of Chicago with his wife and three children.
Ted Seides, President & Co-CIO, Protégé Partners, LLC
Ted Seides, CFA, is the President and Co-CIO at Protégé Partners, LLC, a leading multi-billion dollar alternative investment firm launched in 2002 that invests in small and specialized hedge funds on an arms-length and seed basis. Ted began his career under the tutelage of David Swensen at the Yale University Investments Office in 1992. During his five years at Yale, Ted focused on external public equity managers and internal fixed income portfolio management. Following business school, he spent two years investing directly in public and private markets before co-founding Protégé in 2001.