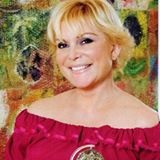 Wendy Federman Discusses the 'Business Side' of a Broadway Show

Hear Wendy Federman, a multi-awarding winning Broadway theatre producer, discuss the business side of putting on a Broadway show.

Investing in a Broadway show is not for everyone. This is a high risk investment; with theatre especially, there are risks and, potential rewards, both financial and intangible.

Ultimately, when it comes to Broadway Theatre Investing, Wendy is as meticulous as she is professional: “You have a fiduciary responsibly to your investors and must be extremely concerned and cautious with people’s money."

About Our Speaker:
Wendy Federman is a multi Tony Award, Drama Desk Award, Drama League Award, and Outer Critics Circle Award winning Producer. She comes from a family who was firmly entrenched in the theatre and entertainment industry and was inspired by her family’s colorful history.

Theatre producing is about a great product you believe in, finances in place, costs under control, and reaching your target market in order to achieve maximum sales. Business is business. Theatre will always be Wendy’s first love, and as luck would have it, the father of a child in her son’s playgroup happened to own two off-Broadway theatres. He realized Wendy’s passion and understanding for the theatre world, eventually asking her to co-produce the National Tour of Legends, starring Joan Collins and Linda Evans. After her first Producer credit, Wendy has not stop producing shows since. Today, this Tony Award winner is a fixture amongst the “who’s who” of Broadway insiders. Wendy is constantly attending readings and workshops of new and revival materials while travelling throughout the United States and London to looking for that special play or musical that may have Broadway potential. In the little down time she has, Wendy reads through the numerous play submissions that arrive through the mail. To learn more about Wendy, please go to www.foolishmortalsproductions.com.

For those of you that did not catch Wendy’s interview with Sandy Kenyon which aired on ABC TV news in August and ran in 6000 NYC taxis on TaxiTV, click here.

Where:
Midtown Location (Note: Address will be sent via email to all registered guests 24-48 hours prior to the event to the "Primary Email" address listed in your profile. Please review your profile to confirm that the email address listed is correct.)

Due to building security requirements, you must pre-register for this event.  Walk-ins cannot be accepted.
Registration is subject to availability and will close on Tuesday, November 10 at 4:00 PM - No Exceptions!