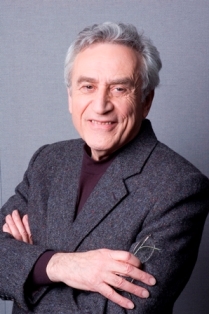 Dr. Henry Kressel served as a senior partner and managing director at Warburg Pincus, a major international private equity firm, for over thirty years where he focused on technology and communications investments. He has led investments in over thirty companies in a wide range of industries, many of which became publicly traded. These have ranged from startups to multibillion revenues enterprises which   have established themselves as leaders in their industries.

Before joining Warburg Pincus, he was the vice president at RCA Laboratories responsible for the worldwide research and development of microelectronics, power electronics and associated software. Dr. Kressel holds 31 U.S. patents covering various key electronic and optoelectronic devices. He pioneered the development and commercial introduction of the first semiconductor lasers, which are the basis of fiber optic communications systems, DVDs and other consumer, industrial and military products. He is the recipient of the Institute of Electrical and Electronics Engineers, Inc. (IEEE) David Sarnoff Award for contributions to electronic devices. A graduate of Yeshiva College, Dr. Kressel received an M.S. from Harvard University, an M.B.A. from The Wharton School and a doctorate in engineering from the University of Pennsylvania. He is an elected member of the National Academy of Engineering and is the founding president of IEEE Photonics Society. Dr. Kressel has served in an advisory capacity to NASA, the U.S. Air Force and the National Science Foundation. He is the author of five books.