Reacting to the Retail Revolution

**This event has sold out.  A waitlist is available.**
Please complete the form with your email and best contact number.
You will receive an email or phone call should a slot open up.
CLICK HERE to access the waitlist form. 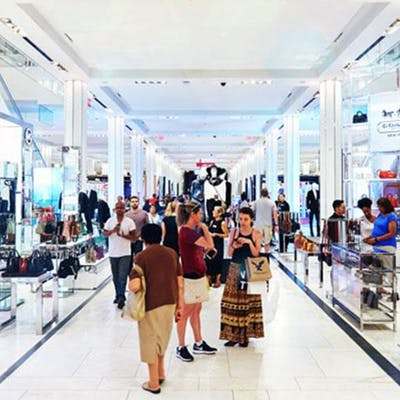 While retailing has always been dynamic, there has never been a period of time of such dramatic changes - store consolidations, closures and shrinkage's, while online purchases take an ever increasing lion’s share of retail business

Join the Penn Club of New York for a panel discussion with industry icons on what their last experiences mean for the future. Panel includes: Click HERE for panel bios.

This event has sold out.

JAY BAKER - Panelist
Chairman, Jay H. Baker Retailing Center, Former President and Director, Kohl's Corporation
Jay Baker received his undergraduate degree from the Wharton School of the University of Pennsylvania in 1956. In 1986, Mr. Baker became the President of Kohl’s, working with the CEO, William Kellogg, and Executive Vice President, John Herma. Along with outside investors, Mr. Baker and his partners led a management buyout of Kohl’s from BATUS. Mr. Baker was the lead merchant and, under his leadership, the company grew from 40 to 350 stores, with revenue growing from $280million to over $6billion. Today Kohl’s operates more than 1200 stores in 49 states and generates about $19.3 billion in sales annually. Soon after his retirement, he became very involved with FIT, the Fashion Institute of Technology in New York City, where he and his wife Patty gave a gift of $10 million to build new buildings, renovate existing spaces, and provide 40 scholarships a year to deserving students. In appreciation, FIT named its business school, the Patty and Jay Baker School of Business and Technology. At his alma mater, the Wharton School, Dr. Baker started the Jay H. Baker Retailing Initiative. With the success of the program and very generous gifts from Jay and Patty, the Initiative became the Jay H. Baker Retailing Center, making it the largest Retailing Center in America, where Dr. Baker is the Chairman. In addition to this program, The “Baker’s Dozen” is a yearly scholarship program funded by Patty and Jay, for 13 deserving undergraduate students to study at the University of Pennsylvania. 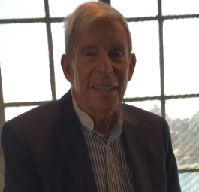 MARTY BLOOM - Moderator
Former President and CEO of May Merchandising and May Department Stores International
Previously, Marty lived in Hong Kong with his family and opened up all of Mays Asian Offices from Japan to Sri Lanka. In that position he developed other retail clients around the world who purchased thru May's offices. Previous positions were with Bloomingdale's and Macy's. Marty is an avid bridge and tennis player and was chairman of the Maccabi Grand Masters Tennis Team and subsequently Bridge Team that competed in Berlin. Marty was the initial membership chairman and a board member of the Penn Club. Marty is an honors graduate of the Wharton School. His philanthropic endeavors include many cultural organizations in the Berkshires, Penn, Maccabi USA, as well as the start and funding of the PTSD and Trauma clinic at Columbia Medical.

RICHARD KESTENBAUM - Panelist
Co-Founder and Partner of Triangle Capital
Richard is a co-founder and Partner of Triangle Capital and has been an investment banker for over 35 years. Richard has a great deal of experience advising clients in merchandising businesses, particularly in the Retail & Consumer sector. Richard is an often-quoted expert on the retail and merchandising industries. He is a Contributor to Forbes.com where he writes a regular blog about trends in retail and consumer product businesses. He also appears regularly in print and other media as well as industry panels and speaking programs.

STUART WEITZMAN - Panelist
Designer, Entrepreneur, and Founder of Stuart Weitzman
It can certainly be said that Stuart Weitzman’s passion for design has been a lifelong pursuit: he began working at his father’s Massachusetts shoe factory while still in college. After graduating from the University of Pennsylvania’s Wharton School, Weitzman applied himself to the industry with laserlike focus, eventually building the globally-renowned company that bears his name. Today, his shoes dominate the red carpet events and are worn by loyal celebrity fans like Angelina Jolie, Taylor Swift, Haley Berry, Blake Lively, Beyonce, Nicole Kidman, Selena Gomez, Jennifer Lawrence, Gigi Hadid, Princess Kate and soon to be Princess Meghan, and by millions of women who buy them in over 75 countries around the world. Weitzman approaches his other endeavors with equal commitment: he shares his free time with his wife Jane and their two daughters, aiding a number of philanthropic causes close to his heart, with mentoring students on their budding entrepreneurial aspirations at his Alma Mater and other institutions and with his continuing participation in sports, including ping-pong. If you’ve got a paddle, he’ll welcome the challenge.