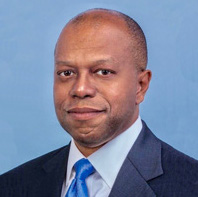 Craig MacKay is a senior executive and investment banking veteran with an extensive background in finance, corporate governance and operating leadership, and is currently a Partner at England & Company, a middle-market merchant bank. He has completed over $12 billion of domestic and cross-border capital, advisory and M&A engagements, closing over 120 financings, growth capital and change-of-control transactions in Business Services, Consumer Products, Financial Services, General Industrials and Healthcare.

Craig currently chairs the Institutional Strategy Committee of the board of Carver Federal Savings Bank (NASDAQ:CARV), where he also serves on the Asset Liability Committee. He serves on the Investment and Compensation Committees of the Federation of Protestant Welfare Agencies, a social services agency that he once chaired, as well as the Investment Committee of the Executive Leadership Council, the leading association for the development of African-American business leaders and directors.

Craig was recently appointed to the advisory board of Greens Farms Capital, a newly-formed private capital fund. He previously served on the advisory council of Master Shares, whose Master Income ETF (NYSE:HIPS) was sold to GraniteShares; and The Deal, a leading financial publisher of market and corporate information. Prior governance and operating experience include: Co-Chairman and CEO of Danis Transportation, a privately-held New England-based commercial logistics company; and board director and CFO of Customer Access Resources, a private North Carolina-based teleservices provider.

Prior to joining England in 2012, Craig headed Leveraged Finance Distribution at Oppenheimer & Company (formerly CIBC World Markets) where he was also an officer of OPY Credit. Prior to Oppenheimer/CIBC, Craig headed the Private Finance and High Yield Capital Markets Groups at SunTrust Bank, and prior to SunTrust, he was CEO of HNY Associates, a merchant banking boutique.

Craig has been a featured speaker on numerous capital markets and corporate finance-related topics and previously taught Mergers & Acquisitions as an adjunct professor at Seton Hall University’s Stillman School of Business. He is also a member of the American Association of Bank Directors and the Council of Urban Professionals. Craig earned both his BS in Economics and his MBA in Finance at the Wharton School of the University of Pennsylvania; he is a Chartered Alternative Investment Analyst, an NACD Governance Fellow and maintains FINRA Series 27, 24, 7, and 63 licenses.