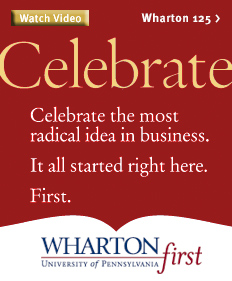 Jeremy Siegel
Jeremy Siegel is the Russell E. Palmer Professor of Finance at the Wharton School of the University of Pennsylvania. He graduated from Columbia University in 1967, received his Ph.D. in Economics from the Massachusetts Institute of Technology in 1971, and spent one year as a National Science Foundation Post-Doctoral Fellow at Harvard University. Prof. Siegel taught for four years at the Graduate School of Business of the University of Chicago before joining the Wharton faculty in 1976.

Prof. Siegel has written and lectured extensively about the economy and financial markets, has appeared frequently on CNN, CNBC, NPR and others networks. He is a regular columnist for Kiplinger’s and has contributed articles to The Wall Street Journal, Barron’s, The Financial Times and other national and international news media. Prof. Siegel served for 15 years as head of economics training at JP Morgan and is currently the academic director of the U.S. Securities Industry Institute.

Prof. Siegel is the author of numerous professional articles and two books. His best known, Stocks for the Long Run, which published its third edition in 2002, was named by the Washington Post as one of the ten-best investment books of all time. His next book, The Future for Investors: Why the Tried and the True Triumph over the Bold and New, will be published by Crown Business in March 2005.

Prof. Siegel has received many awards and citations for his research and excellence in teaching. In November 2003 he was presented the Distinguished Leadership Award by the Securities Industry Association and in May 2005 he will be presented the Nicholas Molodovsky Award by the Chartered Financial Analysts Institute to “those individuals who have made outstanding contributions of such significance as to change the direction of the profession and to raise it to higher standards of accomplishment.”

In December 2001, Forbes named JeremySiegel.com as one of the “Best Business School Professor” websites and in 1994 Professor Siegel received the highest teaching rating in a worldwide ranking of business school professors conducted by Business Week magazine.

Mortimer Zuckerman
Mortimer B. Zuckerman, serves as Chairman of the Board of Directors of the Boston Properties, Inc. Zuckerman co-founded the company in 1970 after spending seven years at Cabot, Cabot & Forbes where he rose to the position of Senior Vice President and Chief Financial Officer.

He is a graduate of McGill University, Montreal receiving an undergraduate degree in 1957 and a degree of law in 1961. He received an M.B.A. with distinction from the Wharton School, University of Pennsylvania in 1961 and a Master of Law from Harvard University in 1962.

Martin Lipton
Martin Lipton, a founding partner of Wachtell, Lipton, Rosen & Katz, specializes in advising major corporations on mergers and acquisitions and matters affecting corporate policy and strategy and has written and lectured extensively on these subjects. Mr. Lipton is Chairman of The Board of Trustees of New York University, a Trustee of the New York University School of Law (Chairman 1988-98), a member of the Council of the American Law Institute, Co-Chair of the Partnership for New York City, and a Director of the Institute of Judicial Administration. Mr. Lipton served as Special Counsel to the City of New York in connection with the fiscal crisis (1975-1978); Special Counsel, United States Department of Energy (1979-1980); and Acting General Counsel, United States Synthetic Fuels Corporation (1980). Mr. Lipton served as counsel to the New York Stock Exchange Committee on Market Structure, Governance and Ownership (1999-2000), as counsel to, and member of, its Committee on Corporate Accountability and Listing Standards [Corporate Governance] (2002) and as Chairman of its Legal Advisory Committee (2002-2004). Mr. Lipton has a B.S. in Economics from the Wharton School of the University of Pennsylvania and an L.L.B. from the New York University School of Law. He is a member of The American Academy of Arts & Sciences.

William L. Mack | Founder and Senior Partner Mr. Mack is a Founder and Senior Partner of Apollo Real Estate Advisors and is the President of the corporate general partners of the Apollo Real Estate Funds. With 40 years of experience in the U.S. real estate industry, he is recognized as one of its leading figures. Mr. Mack is also a Senior Partner of the Mack Organization, a national owner of industrial buildings and other income producing real estate investments. Mr. Mack serves as non-executive Chairman of the Board of Directors of Mack-Cali Realty Corporation. He has been a Director of Mack-Cali since the 1997 merger of the Mack Organization’s office portfolio into Mack-Cali, one of the largest publicly traded real estate investment trusts in the United States. Mr. Mack is a Director of Wyndham International, Inc., and Vail Resorts, Inc., as well as various boards related to Apollo’s investment portfolio. Mr. Mack also serves as a Trustee of the University of Pennsylvania, as an Overseer of the Wharton School of Business, as Vice Chairman of the Board and as an Executive Committee Member of the North Shore Long Island Jewish Health System and as a President of the Solomon R. Guggenheim Foundation. Mr. Mack attended the University of Pennsylvania’s Wharton School of Business and received a BS in Business Administration from the New York University School of Business.

Art Collins assumed the role of Chief Executive Officer of Medtronic, Inc. in April, 2001 and became Chairman of the Board in April, 2002. Collins was elected Chief Operating Officer and member of the Board of Directors in 1994 and President in 1996. Previously he was Corporate Executive Vice President and President of Medtronic International with responsibility for all Medtronic operations outside the United States.

Collins joined Medtronic in 1992 from Abbott Laboratories where he had been Corporate Vice President with responsibility for Abbott's worldwide diagnostic business units since 1986. He began his 14-year career with Abbott in 1978 as Manager of Corporate Planning and Development and joined the Diagnostics Division a year later where he subsequently held a number of general management positions in the United States and Europe. He was elected a corporate officer in 1989.

Before joining Abbott, Collins served as a naval officer from 1969 to 1973 and a consultant with Booz, Allen & Hamilton, Chicago, from 1974 to 1978. With Booz, Allen, he conducted major assignments in the areas of business strategy development, marketing, organization planning, financial analysis and financial systems design.

A 1969 graduate of Miami University of Ohio, Collins also holds a master of Business Administration degree from the Wharton School of the University of Pennsylvania where he was a member of the undergraduate faculty.

Collins serves on the Board of Directors of U.S. Bancorp and Cargill, Inc. He is also a member of the Board of Overseers of the Wharton School at the University of Pennsylvania, Chairman of AdvaMed, and has served on the boards of numerous civic organizations.