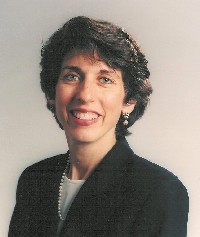 
Ms. Franzini has been serving as Chief Executive Officer of the New Jersey Economic Development Authority (EDA) since January 1994. The EDA is an independent, self-sustaining state financing and development agency that works to promote economic growth, job creation and the revitalization of New Jersey’s communities with financing assistance, technical support and entrepreneurial training, and real estate development activities. She joined the Authority in March 1991 as Deputy Director.

In 2006, under Ms. Franzini’s direction, the EDA arranged for $425 million in financing assistance and $120 million in business and technology tax incentives that are supporting public-private investments of $1.8 billion and the creation of an estimated 15,000 new, full-time jobs.

Ms. Franzini was inducted into the New Jersey High Tech Hall of Fame in 2006 for her many contributions to the state’s technology industry. She also has been honored for her contribution to the pharmaceutical, medical technology and biotech fields by the Women’s Fund of New Jersey, a federation of organizations that provide services to women in New Jersey. Additionally, she was honored in 2006 with the Industry Service Award from the New Jersey Chapter of NAIOP, the Distinguished Public Service Award from Liberty Science Center and the Pinnacle Business Advocate Award from the Chamber of Commerce Southern New Jersey.

She is a past recipient of the Golden Investment Partnership Award presented by the AFL-CIO Building Investment Trust in recognition of her participation in innovative investment partnerships, the John H. Martinson Technology Supporter Award by the New Jersey Technology Council, and the New Jersey Business and Industry Association’s Paul L. Troast Award for her promotion of and commitment to improve the state’s economy and create jobs. She also has been a recipient of an Advocate Award from the New Jersey Association of Women Business Owners for her work in support of women business ownership and the Distinguished Achievement Award by the Southern New Jersey Development Council for her public sector contributions and leadership to the eight southern counties of New Jersey.

Before joining the Authority, Ms. Franzini was an Assistant State Treasurer with the New Jersey Department of the Treasury. Before that, she was employed in the Finance Division of the Port Authority of New York and New Jersey and with Public Financial Management.