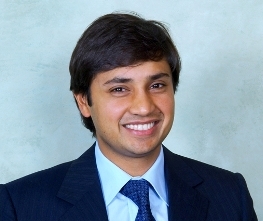 Aditya Mittal is Chief Financial Officer of ArcelorMittal with additional responsibility for Flat Products Americas and for Merger and Acquisitions. Prior to the merger to create ArcelorMittal, Aditya Mittal held the position of President and CFO of Mittal Steel Company from October 2004 to 2006.

He joined Mittal Steel in January 1997 and has held various finance and management roles within the company. In 1999, he was appointed Head of Mergers and Acquisitions for Mittal Steel. In this role, he led the company's acquisition strategy, resulting in Mittal Steel's expansion into Central Europe, Africa and the United States. These acquisitions included Kryvorizhstal in Ukraine, Polskie Huty Stali in Poland, Nova Hut in Czech Republic, Sidex in Romania, Annaba in Algeria, Iscor in South Africa, and International Steel Group in the US.

Besides the Merger and Acquisition responsibilities, Aditya Mittal was involved in post-integration, turnaround and improvement strategies. This led to Mittal Steel emerging as the world's largest and most global steel producer, growing its steelmaking capacities fourfold. As CFO of Mittal Steel, he also initiated and led Mittal Steel's offer for Arcelor to create the first 100 million tonne plus steel company. Aditya Mittal holds a Bachelor's degree of Science in Economics with concentrations in Strategic Management and Corporate Finance from the Wharton School in Pennsylvania from which he graduated magna cum laude. Aditya Mittal is the son of Mr Lakshmi N. Mittal.