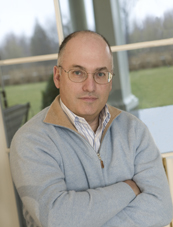 
Steven A. Cohen is the Founder and Principal of S.A.C. Capital Advisors, LLC, a private investment management firm based in Stamford, Connecticut that he founded in 1992. Mr. Cohen began conducting business through S.A.C. Capital Management, Inc. (the predecessor to the Investment Manager) and formed the Investment Manager in 1995, employing the strategy he developed as head of his own trading division at Gruntal & Co. ("Gruntal") where he worked from 1985 to 1992. He joined Gruntal after graduation in 1977 and traded and managed proprietary capital during his 14 years with that firm.

Mr. Cohen received his B.S. in Economics from the Wharton School at the University of Pennsylvania. Mr. Cohen is a director of The Robin Hood Foundation and is a member of the Painting and Sculpture Committee at MoMA.