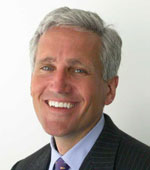 
Steven M. Galbraith, Limited Partner- Prior to joining Maverick in 2004, Mr. Galbraith served as Chief Investment Officer and Chief U.S. Investment Strategist at Morgan Stanley. While at Morgan Stanley, Mr. Galbraith’s work was consistently recognized in various Wall Street analyst polls, including a No. 1 ranking in the Institutional Investor All America Research Team poll in 2002 and 2003. Prior to joining Morgan Stanley, he was a Partner at Sanford Bernstein, where he was a highly ranked analyst in both the packaged foods sector and the securities industry.

Mr. Galbraith is an Adjunct Professor at Columbia University Business School, where he teaches securities analysis. He also serves on the Board of Trustees for the National Constitution Center in Philadelphia and as a board member for Pzena Investment Management as well as the Harlem Success Academy, a charter school founded in 2006 in New York City.